Without a circuit breaker box with the right electric components and breakers, you are leaving your dwelling or business in danger. A high amount of heat can potentially cause an electrical overload that may trigger sparks, fires, or electrocution. Understanding the difference between a dual-function circuit breaker and a combination arc-fault circuit breaker will give you an idea of how you can make your home or business safer than ever.

One thing we would like to point out before moving on is that working on a circuit panel or doing almost any kind of electrical work is extremely dangerous and must be done by licensed electricians. Consider contacting a professional electrician in Arvada, CO before installing or replacing a circuit breaker.

What is an AFCI or combination AFCI breaker?

The AFCI is a type of circuit breaker that finds problems in the system. For example, if you are putting up a shelf and drive the nail right through the electrical wire, the conventional breaker may not trip or automatically de-energize to prevent causing a fire. On the other hand, an AFCI breaker will shut the whole circuit down. Generally, it operates to look for the arc.

A combination AFCI circuit breaker is designed to remove the unintentional electrical arcs also known as arc faults that may fire up combustible materials in residential homes or commercial buildings. The AFCI follows a series of arc detection that can spot lower-level arcing in power supply cords and branch circuits.

What it does is it senses two kinds of arcs including:

This is a low current type of arc since it is dependent on the load, which is the reason why it is more difficult to detect compared to parallel arc. An example is if you knick or split a wire, or if an appliance is pushed up against the back of a plug, causing current to be limited by load and supplied by the faulty electrical wiring. As the load increases, the current will also increase.

Unlike the series ARC, this is not dependent on the load, instead, it is caused by a resistive short between the neutral and live conductors. Basically, it is arcing across itself and may or may not increase the current high enough to pull the circuit breaker. Often happening due to physical damage to cables or when exposed to conductive objects or liquid.

Normally, a current flows in a smooth wave pattern that goes from high to low, but during arcing, the waveform is disrupted and forms an arc. What the AFCI technology is doing is monitoring the waveform and then effectively suppressing an arc fault by tripping the power.

What is a dual function breaker?

The National Electric Code 2014 now requires AFCI protection on kitchen and laundry room circuits where only GCFIs are usually installed. To provide the best protection, professional electricians would recommend upgrading to a dual function breaker instead of installing a separate GFCI breaker and AFCI receptacle.

A dual-function breaker combines two technologies into one device. It has both GFCI protection and AFCI technology. A GFCI technology measures the current that is going in and out and makes sure that the flow of current is balanced. Whenever it detects even a small difference in the current, that is when it will cut the power. So the dual function breaker provides defense from effects of both arc and ground faults.

Depending on the brand, dual-function breakers usually feature LED indicators, self-test, and lockout. With the self-testing feature, the breaker will test itself and if it finds any faults or if the electronics have been compromised, it will automatically trip.

In a nutshell, a dual function breaker can save you money on repair and will protect you and your family, as well as the person installing the breaker, from electrocution.

Looking for a professional electrician in Arvada, CO?

Upgrading the circuit breaker panel is not a simple task. Circuit box repairs, maintenance, or upgrades demand the expertise of a seasoned local electrician or an electrical service company. Each switch corresponds to a specific room or outlet, and incorrect electrical work might result in electrical device malfunctions, or worse, fire and electrocution.

Call us today and receive a free electrical project estimate! 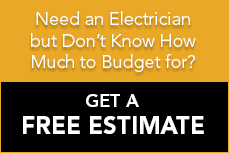 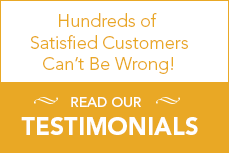